The cool thing is - these are the creatures that will make up your armies during Kidshammer.  So let's get to know some of them a little better.  Pictures are of the actual models used in our Kidshammer games. 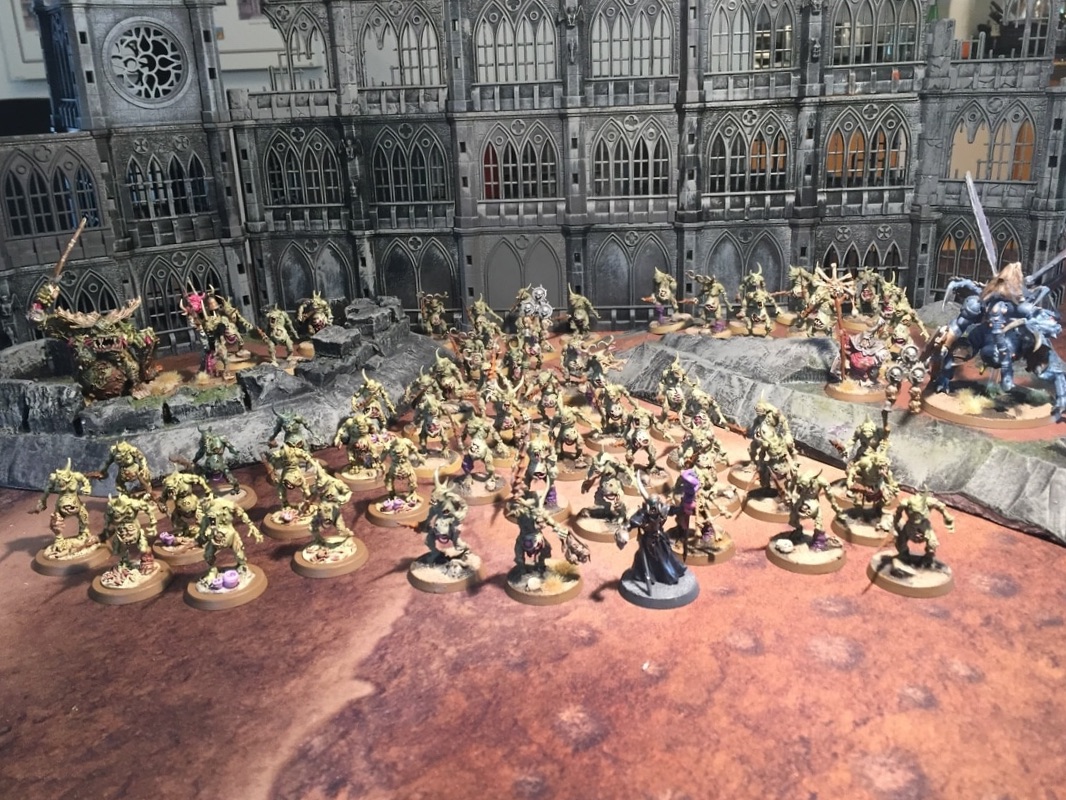 Daemons of Nurgle
Alliance: Chaos
Key Models: Great Unclean One, Daemon Prince of Nurgle, Herald of Nurgle, Sayl the Faithless, Plaguebeares
Nurgle is the Chaos god of disease, rot, and contagion.  Papa Nurgle (as he is called by his minions) relishes the cycle of death, rot, and rebirth and wants to share his gifts of disgusting resilience to all of the realms, whether the realms want to receive these gifts or not.

Things Does Well: Very durable and resilient. Most models ignore all wounds on a 5+ roll (even mortal wounds). Many models are able to regenerate wounds too.
Things Does Not Do Well: Slow moving and does hit very hard in combat. No long range shooting attacks. 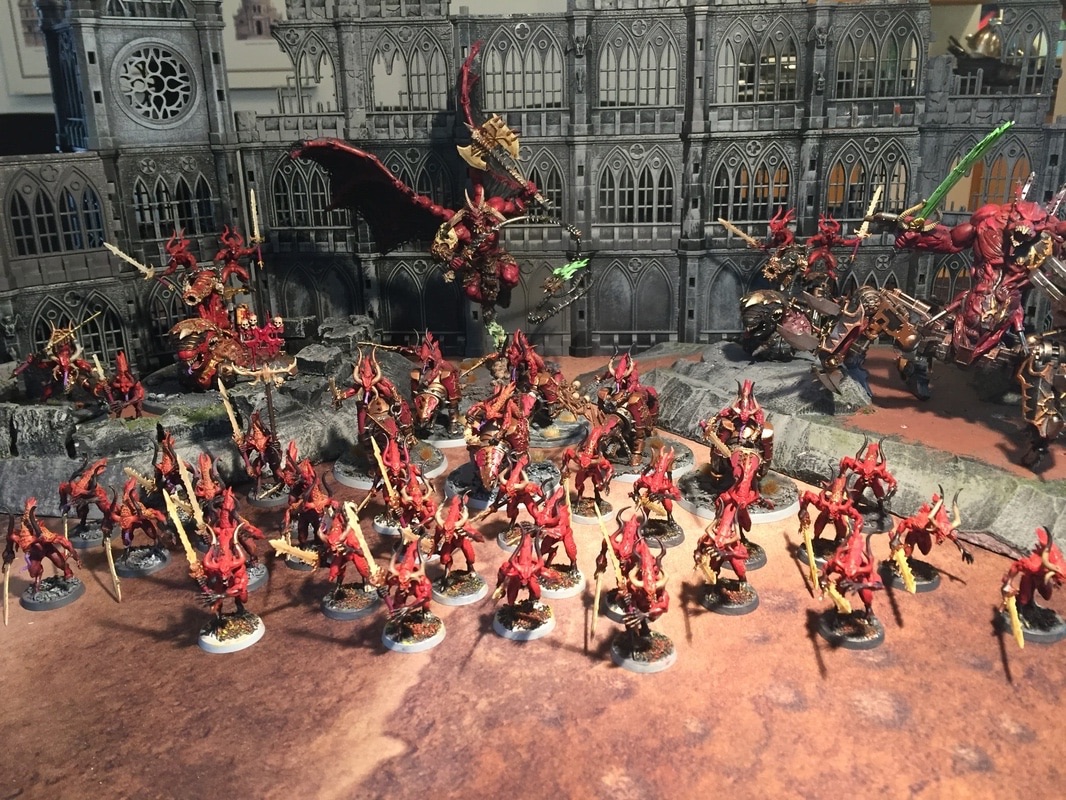 Daemons of Khorne
Alliance: Chaos
Key Models: Bloodthirster, Soul Grinder, Skull Cannons, Bloodcrushers, Herald of Khorne, Bloodletters
Khorne is the Chaos god of destruction.  "Blood for the blood god, skulls for the skull throne!" is the cry of his worshippers. Khorne cares not from whence the blood flows, only that it flows.

Things Does Well: Kills things. Khorne armies want to get stuck into hand-to-hand combat. Once there, few things hit harder.
Things Does Not Do Well: Not very resilient to taking damage and very unreliable shooting attacks. No magical abilities. (Khorne thinks magic users are weak.) 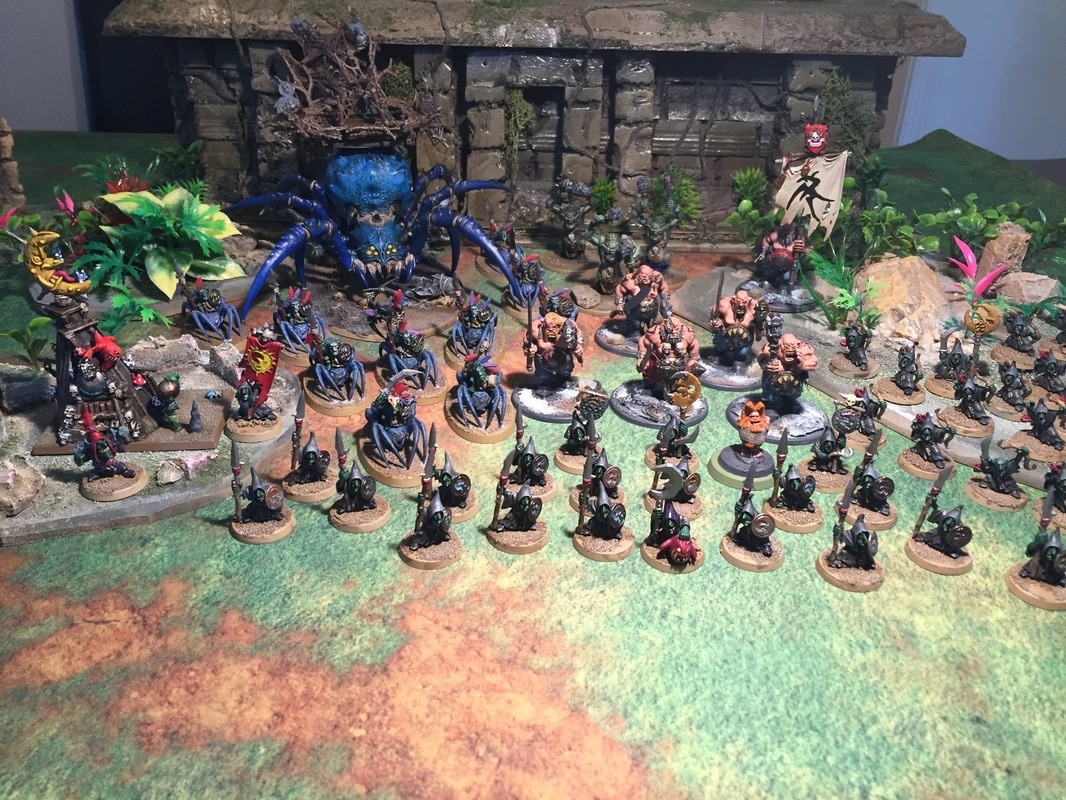 Things Does Well: Very fast moving units that hit hard (troggoths and ogors) or come in such large numbers that they are difficult to kill entirely (goblins). Pretty strong magic users too.
Things Does Not Do Well: ​Goblins die quickly and run away if their unit takes a lot of wounds, unless a general can inspire them with his or her presence. 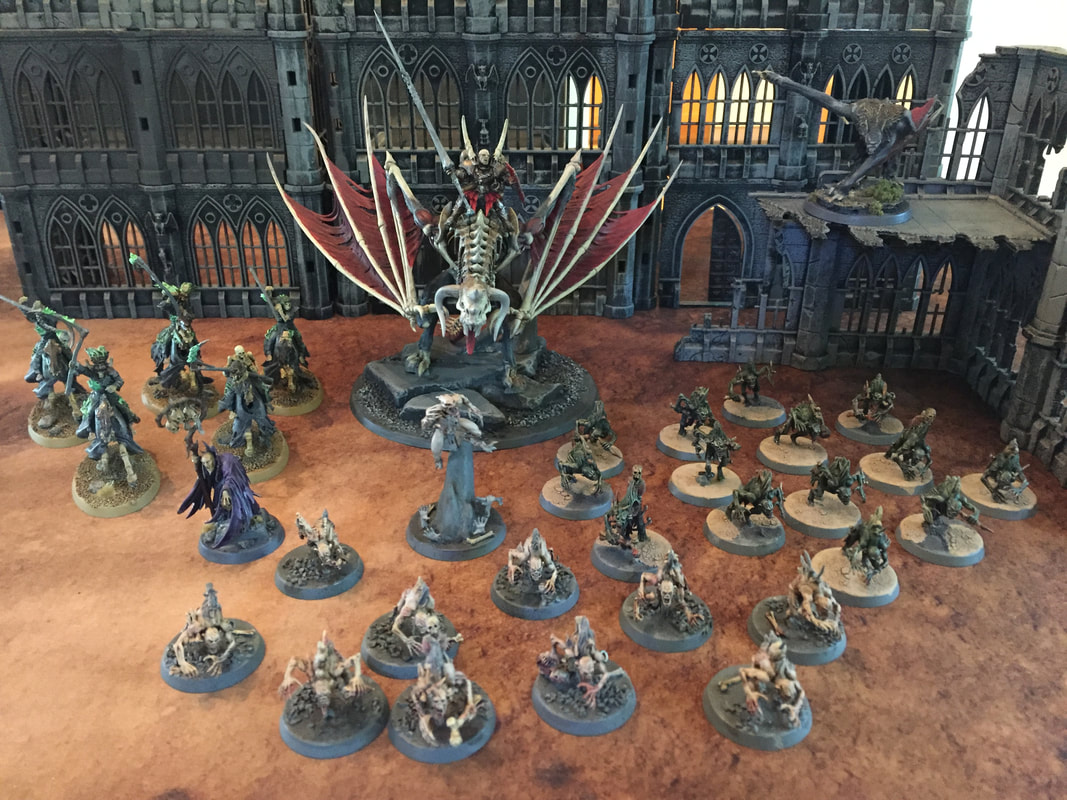 Mixed Death
Alliance: Death
Key Models: Vampire Lord on Zombie Dragon, Varghulf, Necromancer, Hexwraiths, Abhorrent Ghoul King, Ghouls
The armies of Death fight for Nagash, the sorcerer god who claims the souls of all deceased for his kingdom in the Realm of Shyish.

Things Does Well: Death units are usually very resilient and excel at summoning in new units. Vampire Lord on Zombie dragon and the Varghulf are pretty powerful hitters.
Things Does Not Do Well: ​Do not deal out mortal wounds as much as other armies and have limited shooting options, especially at long range.